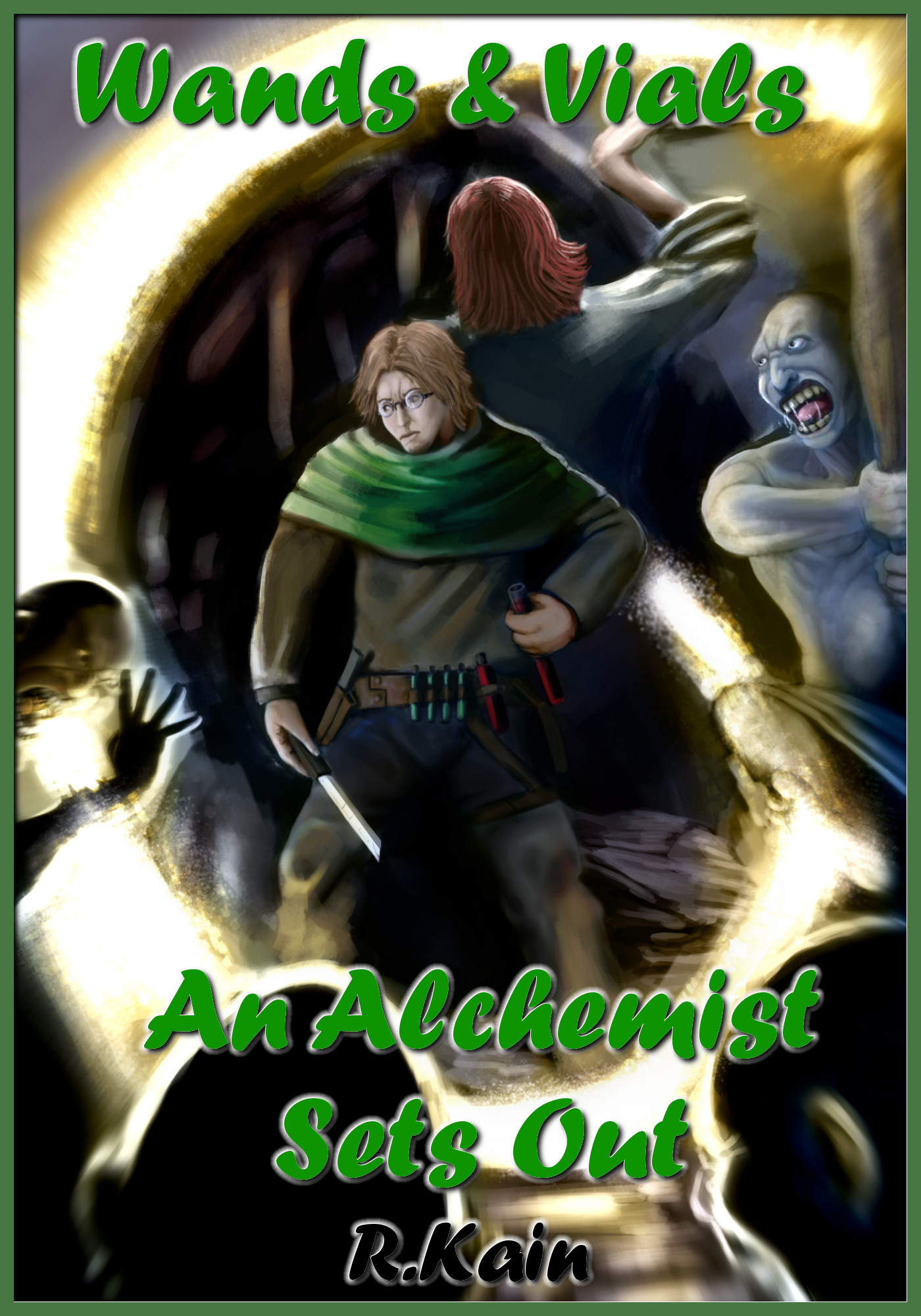 Wands & Vials: An Alchemist Sets Out can now be downloaded for free on Smashwords.

Summary: Alchemy has declined in the last few centuries in the world of Trimagus, where mystic creatures, magic using humans, and monster lived in conflict and calm. Kowler Freslight is a young alchemist with a sylphid named Aeria at his service, attending Amadeus Magica academy. In a place where highborn magi, witches, and wizards reign supreme, his best and possibly only friend is cherry-haired witch with no magical roots and an affinity towards fire named Alice Pyralis.

What starts as an ordinary day of being pestered for an illegal love potion ends with the alchemist doing what he has to in order to ensure the safety of his friend. If that meant breaking the rules, facing down magic-resistant trolls, and being expelled, so be it. Some things are worth the cost.

This exciting action-adventure fantasy novelette can be found on Smashwords and purchased for free using the checkout code below. Just remember spread the word and leave a review if you enjoy it:
Promotional Price: $0.00
Coupon Code: CG43M
Expires: January 1, 2013
Link: https://www.smashwords.com/books/view/237764?ref=rkain
Blog: http://rkainfantasy.tumblr.com/
Website: http://twilitdreams.wix.com/rkfantasy#!

A showdown we’ve all been waiting for!

Okay, I’ve been wanting to see this image for some time, but since there didn’t seem to be many images online, I sucked it up and commissioned it from Alter-22 on deviant art.