This chapter tasted like ashes in my mouth, but we know Flick eventually gets her moment with a Seostian in the future. And, Columbus may have had a point at the end. We don’t have the best track-record when it comes to peace. Sad, but true.

As a quick note, there was a commissioned mini-interlude focusing on Scout posted a couple days ago. If you haven’t read that yet, you may wish to click the ‘previous chapter’ button above.

Later that night, I was laying on the roof of the house, staring at the sky. There was snow around me, but I didn’t really care. I’d thought about making an angel in it, but the very concept of angels was pissing me off at the moment, so it didn’t sound like fun. Instead, I just lay there watching the stars.

It had taken awhile to tell my teacher everything that had happened while she was gone. Dare was… well, to say she was surprised was putting it lightly. Plus, I think she was a little bit jealous about my interacting with Prosser. There was a certain wistfulness to her reactions that made me think… 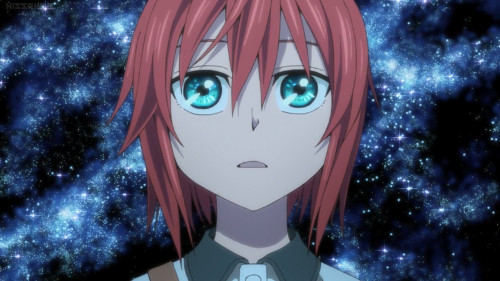 The second episode of Mahou Tsukai No Yome: Hoshi Matsu Hito  (The Ancient Magus’ Bride: Those Awaiting A Star) has aired, and its not a day after I’ve learned that the series will be getting a full anime adaptation in the Fall Season, so I’m in a pretty good mood. Since I’ve covered the first episode (review here), we’ll be picking up where that left off and replacing the premise and setting with an overview of the episode itself.

It picks up where the last episode left off, with  Chise meeting the magician of the forest, Riichi Miura,  who can see spirits and things others couldn’t like her. The library turns out to be a safe place of sorts where none of the wicked creatures could enter and he welcomes her with open arms since its been a long time since anyone has come by, gifting her…