As hard as it is to complain about Batman’s rogue gallery (which may be the finest in comics), most of his baddies don’t have any superpowers.  They’re mobsters, psychopaths, or clowns, but they aren’t running around flying or throwing cars.  Not Poison Ivy.  She has superpowers out the wazoo.

Dr. Pamela Isley began a promising career as a botanist until her crazy professor Dr. Jason Woodrue injected her with experimental plant toxins that made her poisonous to the touch and allowed her to control greenery.  Thus began her criminal career as an eco-terrorist.  And not the sort of terrorist with beards and rocket launchers.  Here’s a quick scene from Gotham City Sirens #26: 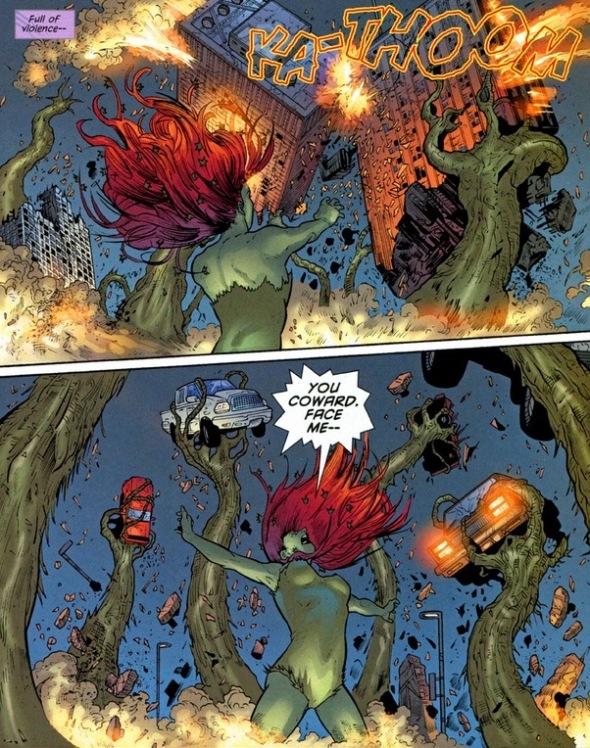 Yeah, now that’s a supervillain.  Which makes it even more impressive when Batman takes her down with kicks and batarangs.

This entry was posted on April 26, 2014 by Born of Prayers. It was filed under Uncategorized .