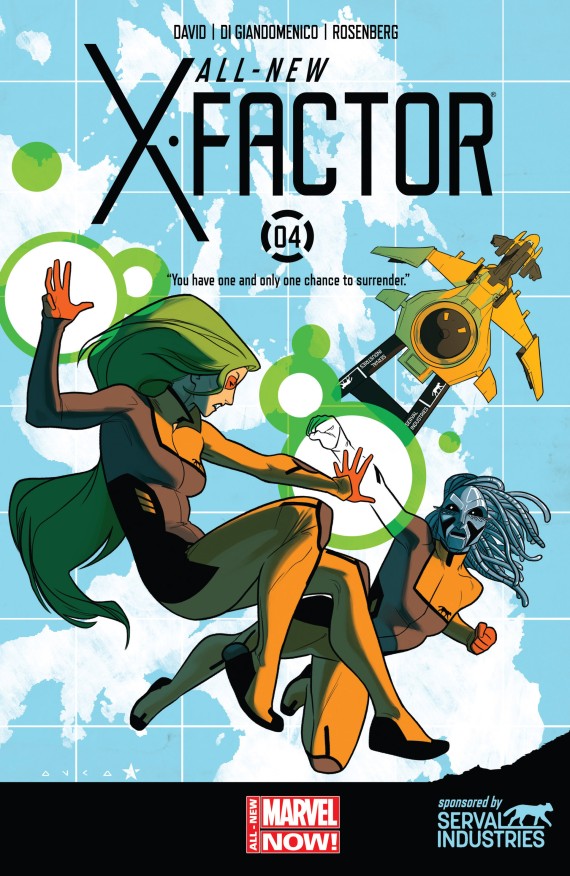 Its comic book day today and thus it’s also time for my reviews, with the first of the day being All-New X-Factor #4.

The comic picks up where we last left off, with Danger being freed and subsequently deciding to go the usual evil robot route of killing everyone present after she’s dealt with her captor. Gambit tries to reason with her, but she claims she doesn’t know who he is and blasts him with a rocket punch before looking to find Nil gone. He’s fleeing the scene, passing by Jean-Luc as the building explodes and leaves the guy to the mercy of the angry robot.

Gambit intervenes to save Jean-Luc, while Quicksilver saves him. Danger then catches up to Nil, with it being revealed he took her memory from her and offers to give them back. She decides to go without them as long as she gets to kill him, but Quicksilver once again intervenes to save the guy and Danger decides to take off the kid gloves by generating Hard-Light holograms to trick Quicksilver into running off of a cliff.

Lorna stops their fall by levitating them and gives Danger one opportunity to surrender, which she refuses. The mistress of magnetism then tears her apart, causing an argument with Gambit since she and he have a difference of opinion on the robot that was trying to kill them. That ends when Danger turns out to have inhabited their plane, which is something that Gambit should have remembered she could do earlier, and opens fire on them.

While Lorna stops the plane, Gambit faces off against a construct of her and tries to reason with her again on the belief that there is still a part of her that remembers their bond. That’s tested when Danger blows apart the escape ship Nil was boarding, subdues Lorna by distracting her with an image of her father rocking his new solo series outfit, and Gambit arrives to stop her from killing the 150 year old technomancer by following Disney’s mandate and kissing her.

It worked, of course. Danger calmed down and they gave her memories back to her. Then the comic ended with Gambit asking her to join X-Factor since she had nowhere to go, much to Lorna’s displeasure.

I can’t lie. I didn’t really like how the comic issue was resolved. In the first place, the “Kissing cures amnesia’” thing is really played out. They could have done a better job with it. Then again, this was basically an excuse plot so that they could add her to the roster and at least it ended quickly.

Secondly, Danger kept putting off killing them to get to Nil when it would have been in her best interest to simply kill them and go about her way. That’s poorly done, unless they justify it by her programming hindering her from doing so or at least show that she had fragments of memories whenever it came up. If the villains aren’t going to actually kill off the characters, or make a solid attempt, then they shouldn’t say so.

In the end, I can only give this an average score of 3 out of 5.

This entry was posted on March 12, 2014 by Born of Prayers. It was filed under Review and was tagged with all-new x-factor, Comic, Gambit, lorna dane, Pietro, Polaris, Quicksilver, Remy, x-factor, x-men.